The Leiden University Late Antique and Medieval Studies Initiative in conjunction with the King Faisal Centre for Research and Islamic Studies is hosting a two-day international conference on Ideas in Motion: Arabia in Late Antiquity. The conference will address key themes in religious, intellectual, and cultural history in Arabia in the period around 570-1000 AD. Central topics include:

·        Transmission of ideas and texts
·        Religious and philosophical doctrines and beliefs in Arabia
·        Devotional piety and theology
·        The Qurʾan, its history, and intellectual debates surrounding the text
·        Early Islam and other religiosities and intellectual trends
·        Holy men and holy places
·        Apocalypticism and eschatology

We particularly welcome contributions from scholars working on the intersection between intellectual-cultural history and religious studies, and whose primary concern is the history of ideas and thought.

For consideration, please send a 300-word abstract in English to a.bdaiwi@hum.leidenuniv.nl by January 15, 2020. The language of the conference will be in English. Participants’ full travel and accommodation costs will be covered by the conference organisers.

The University of Vienna seeks to fill the position from 01.10.2017 of a University Assistant (post doc) at the Faculty of Historical and Cultural Studies.Reference number: 7876

The advertised position is in the research field of Late Antique and Early Christian Archaeology and offers unique opportunities for carrying out cross-disciplinary research.

Duration of employment: 6 year/s
Extent of Employment: 40.0 hours/week
Job grading in accordance with collective bargaining agreement: §48 VwGr. B1 lit. b (postdoc) with relevant work experience determining the assignment to a particular salary grade.

Job Description:
The position requires the active participation in research, teaching and administration. This involves:
• Developing and strengthening the independent research profile
• Preparing/writing a habilitation thesis
• Involvement in research projects and active participation in fieldwork related to Late Antique and Early Christian Archaeology
• Participation in the key research areas „Material Culture and History of Visual Culture Cultures and Media of the Visual”
• Responsibility for project applications and the acquisition of third party funding.
• Independent teaching of students as defined by the collective agreement
• Supervision of students during fieldwork
• Involvement in the department administration as well as in teaching and research administration

Your Profile:
• PhD degree or equivalent qualification in archaeology (Classical or Late Antique and Early Christian Archaeology).
• Research record, international presentation experience and publications in the field of Late antique and Early Christian Archaeology
• Field work experience
• Skills in material culture studies and in applying archaeo-science to field study and to material culture
• Excellent command of academic English
• The ability to work in team

Desirable additional qualifications:
• Teaching experience
• Knowledge of university processes and structures
• Experience abroad
• Spoken German is an advantage but not a requirement

The applications must be written in English and include:
• Letter of motivation (1 or 2 pages max)
• Academic curriculum vitae (including a list of publications, a list of courses and a list of talks given)
• Description of research agenda or of the intended research project (2/3 pages max)
• Contact details of 3 scholars who could provide a letter of reference (the latter will be contacted only if the application is under closer consideration)

Applications should be submitted via the Job Center to the University of Vienna (http://jobcenter.univie.ac.at) no later than 01.09.2017, mentioning reference number 7876.

The University pursues a non-discriminatory employment policy and values equal opportunities, as well as diversity ( http://diversity.univie.ac.at/). The University lays special emphasis on increasing the number of women in senior and in academic positions. Given equal qualifications, preference will be given to female applicants.

You can manage your subscription and view message archives at http://listserv.liv.ac.uk/archives/classicists.html

“Living the End of Antiquity – Individual Histories from Byzantine to Islamic Egypt” May 16-18, 2017

Deadline for the submission of abstracts: May 15, 2016

The Arab conquest of Egypt, accomplished in 642 with the capture of Alexandria, initiated a new step in the country’s history. Once again Egypt fell to the influence of a foreign power, and yet again, like with previous regime changes, we know little about institutional and organizational changes the new rulers imposed when they came into power. The general scientific consensus assumes that numerous social, religious and economic phenomena survived the first decades of Muslim rule in Egypt. However, in-depth scientific scrutiny of the administrative, social, and economic changes is still missing for this crucial transition period from Antiquity to early Medieval history.

The period of time in focus, i.e., from the late 6th until the 8th century, is one of the least explored periods of Egypt’s history in the 1st millennium CE. This is partly owed to the fact that in the past, interdisciplinary cooperations were not given high priority, and even thematically close study fields such as Arabic and Greek papyrology did not form common study or research units. It is important to approach these issues on a micro and macro level, which requires analysis from a broad scope of study fields such as papyrology, history, numismatics, archaeology, religious and cultural studies, philology, and legal studies. Only a full appraisal of all relevant evidence allows us to analyze continuities and disruptions during the transition from Christianity to Islam. The conference intends to bridge this gap between neighboring disciplines and thus to give researchers from different fields of Byzantine and early Islamic studies a platform for mutual scientific and personal exchange. To address this challenge, the envisaged conference will apply an interdisciplinary and comparative methodology.

At this conference, internationally established experts as well as young scholars will focus on change and continuity from late Antique to early Islamic Egypt through individuals’ experience, putting particular emphasis on continuities and disruptions during transition from the Classical to the post-Classical world. By focussing on individuals we aim to combine a ‘compartmented’ analysis (based on categories such as religion, administration, economics, etc.) with a trans-categorical approach (individuals). The purpose of the conference is therefore to insist on the plurality that is inherent to the dialectic of change and continuity. The adoption of an individual-centered perspective allows, on one hand, to exemplify a system and, on the other, to concentrate on aspects of diversity inside that system and, consequently, to better mirror the circumstantial character of change and/or continuity.

Participants will discuss ‘change’ from administrative, religious, economic, and social points of view. To this end, each panel will include speakers from different disciplines and chronological core areas discussing the impact of the Arab conquest through the eyes of individuals. In fact, change is not perceived equally by all involved parties: the common taxpayer, for instance, faces administrative changes only when these changes affect the amount or the procedures of his/her fiscal obligations; decision-makers, on the other hand, will more immediately realize when their power is diminished. Concepts of change and continuity manifest themselves differently in different (social, administrative, economic, religious, etc.) environments or are perceived to a varying extent by different actors. This means, for instance, that a merchant in Bubastis in the Delta region might earlier have the impression that the Arab conquest has brought about change than a Coptic tenant does in the Thebaid.

As a starting point we choose the reign of Justinian in the 6th century as a time when documentary, literary, and legal sources are comparably abundant. An end point of the period evaluated can reasonably be set at the end of the 8th century: while the new regime started to consolidate during this century, the fading of Greek sources – if taken as symbolizing late Antique culture – around that time suggests an even more obvious ‘end’ of the supposed transition from late Antique to early Islamic culture.

The envisaged collaborative effort enjoys the best conditions for filling this gap by closely focusing on individuals within Egyptian society, and, for the first time, giving as much attention to the Byzantine period as to the early Islamic instead of using the first one as a mere introduction to the second or, at the opposite, alluding to the second only in the conclusion. In the end, participants will be able to assess if and why these transformations are of such significance to mark the end of Antiquity and the beginning of the Middle Ages.

We invite scholars from any discipline, subfield, or methodological approach, including (but not limited to) the following themes:

– Servants to the rulers, masters of the land: governors, local authorities, and great landowners
–  Serving God: bishops, clergy, monks, and nuns
–  Working to survive in a time of change: families of peasants, merchants, and craftsmen
–  Being part or being apart: village communities, strangers, and outcasts

Each panel will reflect upon different perspectives in a final open and summarizing discussion round, which again gives opportunity for interdisciplinary exchange among the participants.

Abstracts should be no more than 400 words (exclusive of title and biographical note), describing a 20-minute paper to be delivered in English. Please include the full title of your paper and a brief biographical note on your academic affiliation and previous research. We plan to publish an edited volume based on the conference proceedings in an international peer-reviewed series.

Qualified junior researchers and recent PhD graduates are encouraged to apply. The deadline for full consideration is May 15, 2016.

Please submit your abstract by email to: sabine.huebner@unibas.ch. 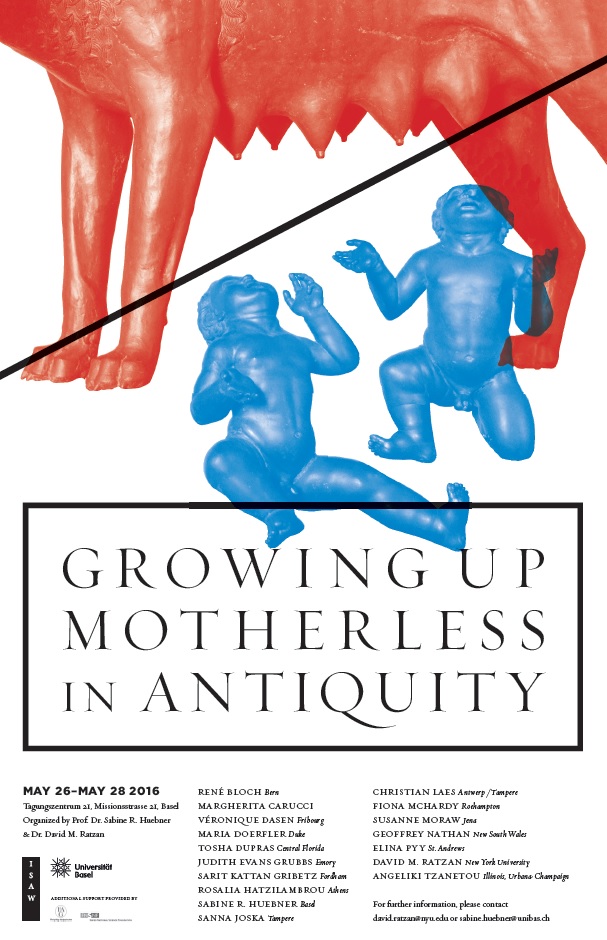